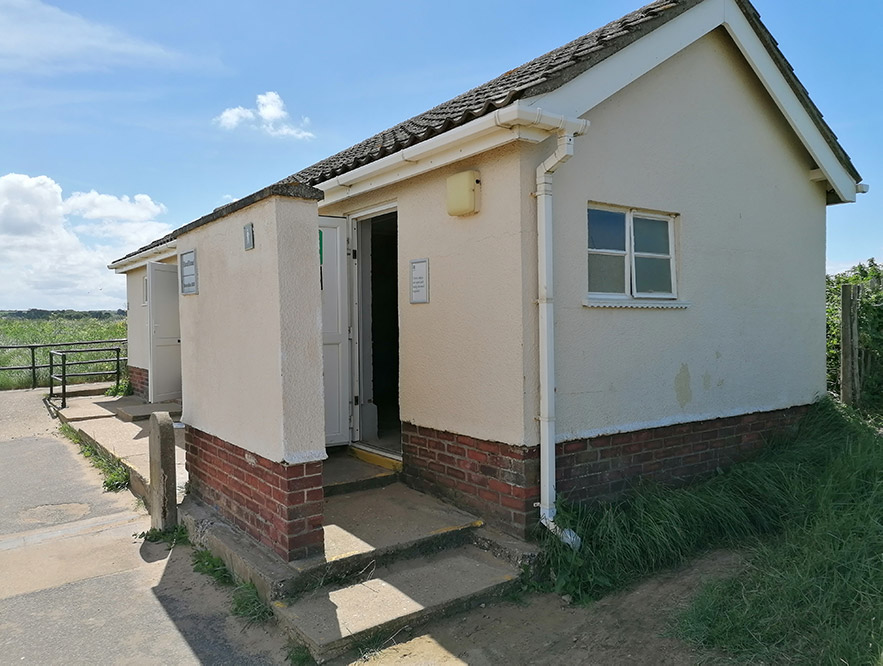 Local authorities, parish councils, private businesses and conservation organisations all own or manage toilets. You can quickly see their location by using our Active Map and selecting the “public toilets” category.

A number of public toilets are available in the town.
West Norfolk’s website >

No public toilets.
Businesses such as the Castle; public house and tearoom have toilets for use by their customers.

Toilets situated in the RSPB pay and display car park, owned and maintained by the RSPB Titchwell for their visitors.

Public toilet in Holkham village close to shops, owned and maintained by Holkham Estate for their visitors.
Further facilities at Holkham Hall.

Public toilet in the Morston Quay car park, owned and operated by the National Trust.

No public toilets in Cley-next-the-Sea village.
Toilets at Cley Marshes Visitor Centre, owned and operated by Norfolk Wildlife Trust for their visitors.

Public toilet at Beach Road, alongside the ramp to the beach
North Norfolk District Council >

Find a walk on the coast >

Cycling routes on the coast >

Public transport on the coast >