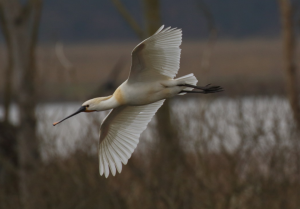 More than 60 regional experts, organisations and landowners have combined their knowledge and resources to create the first comprehensive “biodiversity audit” of the many thousands of wildlife species across North Norfolk’s iconic coastal habitats, to help guide decisions about how to manage, protect and expand them in the future.

Undertaken by the research team at the School of Environmental Sciences at the University of East Anglia (UEA), the audit has been developed in an exciting and innovative collaboration between UEA, the Norfolk Coast Partnership (NCP) and the North Norfolk Coastal Group (NNCG) – a consortium of farmers, landowners, conservationists, environmentalists, government agencies and local authorities, whose aim is to help land managers along the coast to maintain and enhance its biodiversity. The project was co-financed by Norfolk County Council, Natural England, farmers, private landowners and non-governmental conservation organisations.

Many of the habitats within the audit’s area – which stretches for 105 kilometres from the Wash in
West Norfolk to the cliffs of East Norfolk – are protected for their national and internationally
recognised wildlife.

Of vital importance is the audit’s comprehensive methodology, which includes the full spectrum of
species inhabiting the area. More than one million biological records of over ten thousand species
are combined with other ecological datasets and knowledge gleaned from dozens of regional
natural history experts and managers.

Among the variety of habitats within this landscape are some of the largest areas of salt marsh in
the country, sand dunes, freshwater grazing marshes and wetlands, that have the potential to play
a significant role in climate mitigation. The area is home to more than 1,200 priority species – birds, mammals, invertebrates and plants – in many cases, more than other comparable habitats across England and Wales.

Professor Paul Dolman, part of the UEA team, says: “This work has been ground-breaking, not just
because it is the first time anyone has fully quantified the important wildlife of this amazing
landscape and identified what it needs, but crucially by working with land managers throughout the study we were able to develop a plan of how to expand and enhance nature along the coast.”

While the task ahead may seem big, it is by taking this collaborative approach that the contributors
to the biodiversity audit – be they academics, farmers or conservationists – can most successfully
work together to achieve landscape-scale nature recovery. Relatively small changes such as
changing the management of drainage ditches, or more dramatic ones, like transforming low-lying
arable to new grazing marsh and areas at risk of saltwater flooding into new salt marsh, will
provide more space for many species, even as coastal habitats are squeezed by sea level rises.