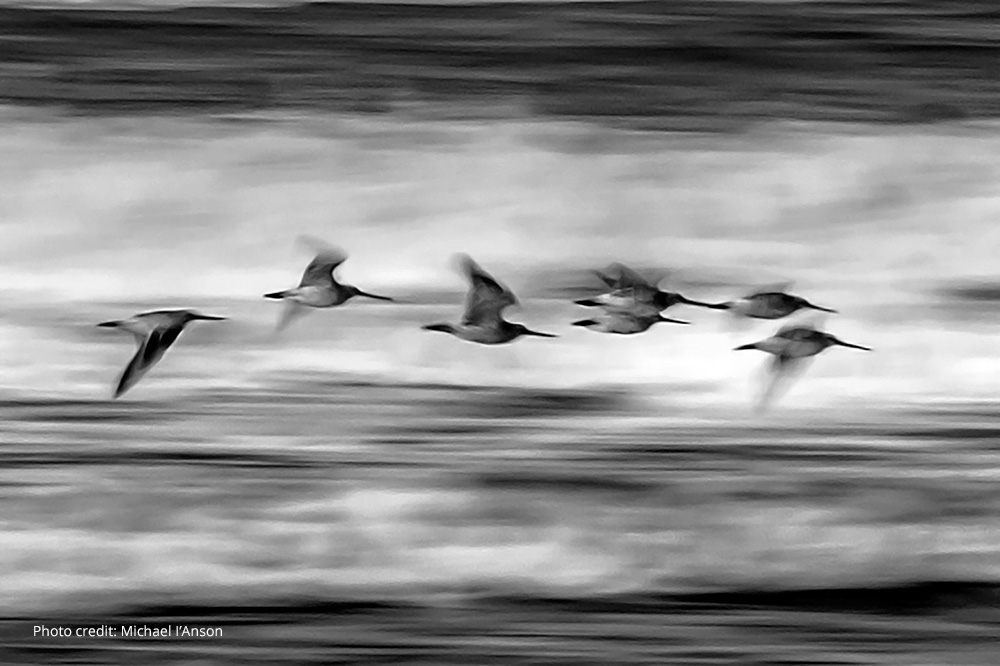 The Norfolk Coast is famous for its birds and thousands of people visit the area each year to enjoy seeing and hearing them.

What you can do to help

Please follow our Coastal Code to ensure you don’t disturb our coastal birds.

March to August is a special time on the coast, when birds are breeding. Some of these are particularly vulnerable to disturbance by people because they nest on beaches. This group includes three species of terns, ringed plovers and oystercatchers. 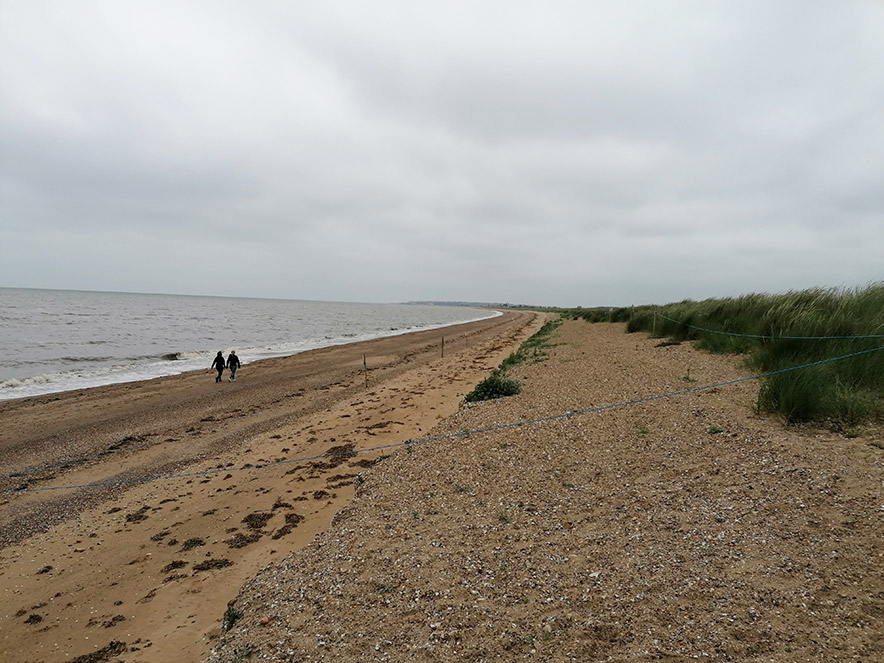 Terns look like small, slim, graceful seagulls. Their black caps, forked tails, grating calls and habit of plunging into the sea to catch small fish are good ways of identifying them. They visit the Norfolk coast to breed on the beaches, flying long distances to and from wintering areas much further south, and are particularly sensitive to disturbance during nesting and fledging.

Terns nest in colonies, in shingly areas near the top of beaches. They are relatively long-lived, which is important as breeding success can be affected by the weather, one storm tide at the wrong time can wash out a whole colony of nests. Crows, gulls, foxes, stoats and other animals eat their eggs given a chance, birds such as kestrels may take the young fledglings, and they are dependent on a good supply of sand eels and sprats at sea.

There are three species you’re likely to see along the Norfolk Coast in spring and summer. In order of decreasing size these are sandwich terns, common terns and little terns. Important areas for tern colonies include the beaches at Holme, Titchwell, Brancaster, Scolt Head, Holkham National Nature Reserve, Blakeney Point, Winterton and Horsey. You can identify little terns by their daintiness, small size and their black-tipped yellow bills. They are Europe’s smallest tern and rarest breeding seabird, and the most threatened of the three terns breeding in Norfolk. The Norfolk coast is a stronghold for little terns, supporting at least a third of the UK population.

Nests are simple shallow depressions on the ground and the eggs are very well camouflaged. If you see a lot of terns together its likely to be a nesting colony. These are protected by rope and stake cordons put up by wardens looking after the site, sometimes with notices. 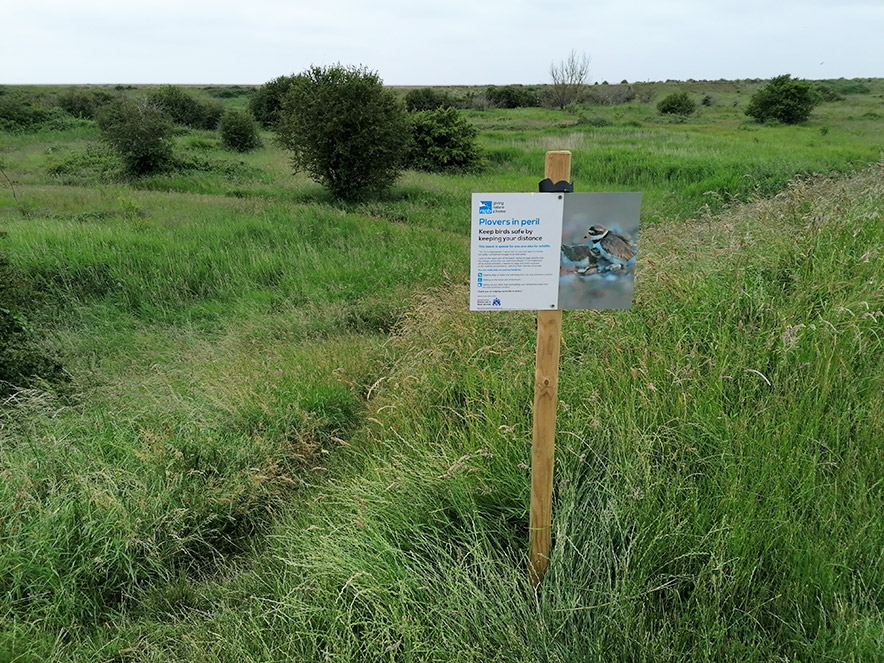 Ringed plovers are small, dumpy waders, brownish-grey above, white below with strong black bands on the head and neck. The eastern coast of the Wash, around Snettisham and Heacham, the Norfolk coast between Hunstanton and Weybourne and Winterton-on-Sea are all important nesting areas.
Like terns, they nest in shingly areas near the top of beaches, often with sparse vegetation. Nest are similar too, shallow scrapes with well camouflaged eggs. But unlike terns, they nest individually, not colonially, which increases their vulnerability. Some nest near tern colonies and so get some protection from predators through this, as well as from human disturbance by the cordons, but many nest in more isolated places. The chicks are able to run very quickly after hatching and families feed on small creatures in the intertidal sand and mud, further down the beach from the nesting areas.

A tragic accident – crushed chick and egg
Because the nesting birds, the nest, the eggs and the young chicks are superbly camouflaged, it’s very difficult to spot them. It’s quite possible for people to tread on a nest without realising, or to keep birds away from a nest so the eggs cool or are taken by predators or even for a dog to take an egg or chick without owners realising. 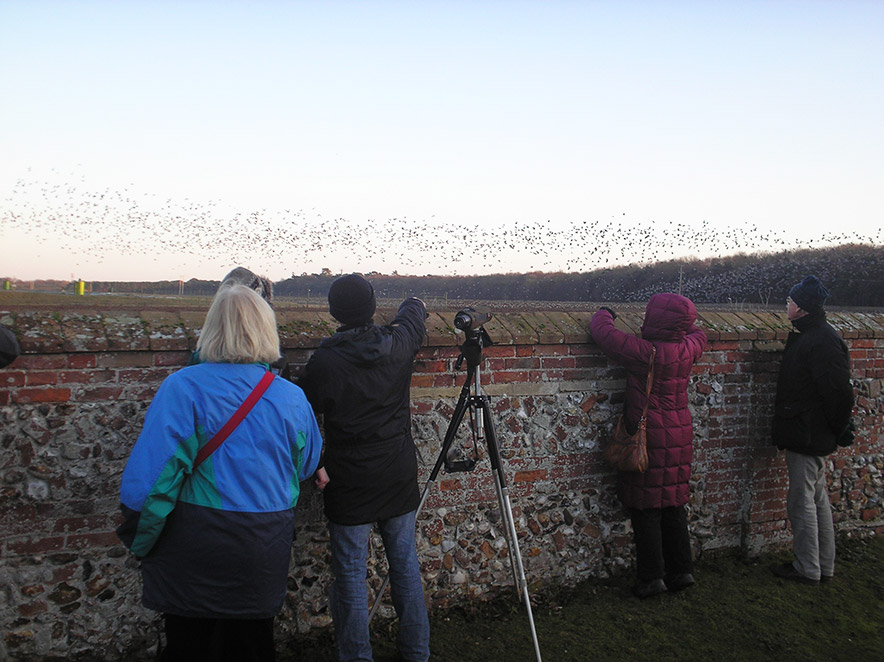 Hundreds of thousands of birds use the Norfolk coast and the Wash as a stop-over during migration between breeding and wintering grounds, or stay on during the winter months.

The two most important groups, and most vulnerable to disturbance, are wildfowl (ducks and geese) and waders (smaller, long-legged birds such as knot and dunlin). The Wash and north Norfolk coast are internationally important for the numbers of these birds they support.

Both groups feed on coastal marshes and waders in particular on the intertidal areas of beaches and mudflats. Migrant and wintering birds need to feed and conserve energy for long flights and to build up breeding condition. Their feeding time is limited by the tides and by short winter days and in cold weather they use more energy just to keep up their body temperature and survive. Disturbance means they use up valuable energy and fat supplies, which can affect their ability to survive and their breeding success the following spring.

Biodiversity in the Norfolk Coast >