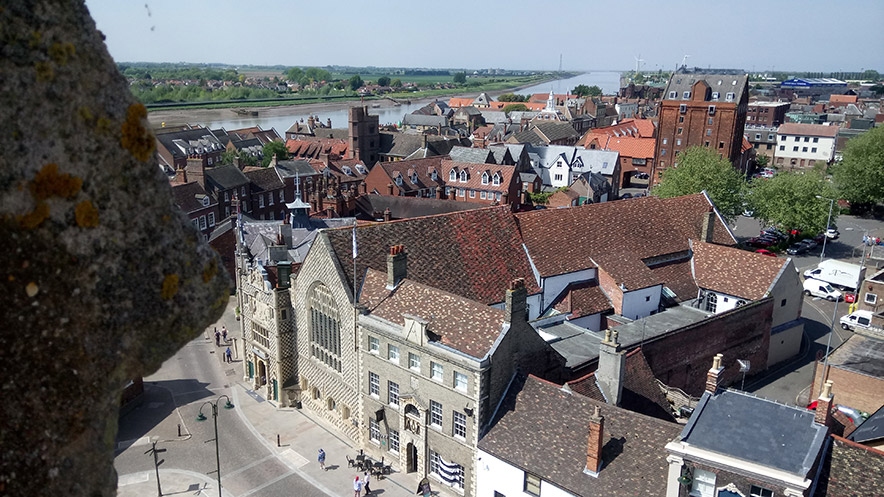 Historic Sites on the Norfolk Coast

Historic sites, parks and houses around the area shape a significant part of the landscape and contain country houses of great variety.  A selection of these are included below. To find more about Historic sites in Norfolk visit www.heritage.norfolk.gov.uk.

Flint tools made by hunter-gatherers are the earliest evidence of human occupation and use of the area, dating back to around half a million years ago. More recent archaeological evidence, following the end of the last Ice Age about 10,000 years ago, is more plentiful. Artefacts and sites from the Mesolithic period (about 10,000 to 6,000 years ago) and Neolithic period (about 6,000 to 4,000 years ago) have been discovered. The Bronze Age (about 4,000 to 2,700 years ago) is well represented, with numerous burial mounds and the famous timber circle at Holme-next-the-Sea, discovered in the late 1990s. Iron Age forts and treasures, Roman forts and villas and Saxon settlements and cemeteries enrich the picture, which continues through medieval times with the development of fishing and trading ports and villages into more recent history and the development of seaside resorts in the 19th century.

You can find out more about all of these sites and see their location by visiting our Active Map and selecting the “historic sites” category.

Binham Priory
The Priory Church of St Mary and the Holy Cross built of local flint and Barnack limestone.

Blakeney Guildhall
Blakeney was the third most important port in Norfolk when the Guildhall was built in the 15th century.

Felbrigg Hall
National Trust property open to the pubic.Built before the Norman conquest

Waxham Great Barn
The longest thatched barn in the country

Museums & Exhibitions on the Norfolk Coast

There are a number of museums, galleries and exhibitions throughout Norfolk catering for all manner of interests. Included here are a selection in and around the Norfolk Coast AONB. The location and contact details for all of these places can be found on our Active Map.

Cromer Museum
www.museums.norfolk.gov.uk >
Step back in time inside a Victorian fisherman’s cottage, discover Cromer’s history from the arrival of steam railway to bathing machines. Extensive geology displays include the famous West Runton elephant.

The Mo – Sheringham Museum
www.sheringhammuseum.co.uk >
Telling the story of Sheringham and its proud, brave and independent people and their historic fleet of lifeboats and fishing boats.

Fisherman’s Heritage Centre
www.sheringham-preservation.org.uk >
Housed in original Victorian long-shore fishermen’s sheds is the towns last private lifeboat the Henry Ramey Upcher and the story of those who crewed these boats.

Mundesley Maritime Museum
Mundesleymaritimemuseum.co.uk >
Exhibits include the village past and present; its maritime history; lifeboat activity from 1811; shipwrecks; fishing; trade; the rise and fall of the railway 1898-1964; the Mundesley Minefield. The first floor displays a coastguard lookout of the 1930/1940s with powerful binoculars for visitors to use.

Lynn Museum
www.museums.norfolk.gov.uk >
The story of West Norfolk, from a life size replica of the Bronze Age timber circle known as Seahenge, the Sedgeford Hoard of Iceni gold coins hidden in a cow bone for nearly 2000 years to the skeleton of an Anglo Saxon warrior and Egyptian Shabti figures. The museum is in a former Union Baptist Chapel and schoolroom adjacent to the bus station.

Stories of Lynn
www.storiesoflynn.co.uk >
Stories of Lynn museum and old gaol cells brings King’s Lynn’s fascinating history vividly to life with a stunning exhibition. Set within the magnificent, vaulted undercroft of the 15th century Trinity Guildhall, Stories of Lynn invites you to discover stories of the seafarers, explorers, merchants, mayors, magistrates and miscreants who have shaped King’s Lynn, one of England’s most important medieval port towns, over more than 800 years of history.

Time and Tide Museum of Great Yarmouth Life
www.museums.norfolk.gov.uk >
The Time & Tide museum occupies the premises of the Tower Fish Curing Works and tells the story of Great Yarmouth and its herring industry.

The Tolhouse
www.museums.norfolk.gov.uk >
Built around 800 years ago the Tolhouse has a turbulent history. From home to pirates, robbers and murderers, it has been attacked by rebels and rioters and gutted by enemy bombs. Since the 1880s, the building has housed a museum and today tells it story and of crime and punishment in Great Yarmouth through the ages.

Norfolk Nelson Museum
www.nelson-museum.co.uk >
A Grade II listed Georgian Merchant’s house where you can find out about Nelson and the times in which he lived.

Peter Coke Shell Gallery
sheringhamsociety.com/peter-coke-shell-gallery >
The Gallery contains a unique collection by Peter Coke of more than 180 colourful, delicate and stunningly realistic sculptures and arrangements formed from seashells from around the world.

Museum of the Broads
www.museumofthebroads.org.uk >
Situated on the site of an ancient Norfolk wherry loading quay and led and staffed by volunteers to welcome visitors and give them a taste of Broadland’s heritage. The Museum on its tranquil riverside setting has four buildings: the Wherry, Marshman’s, Origins and the Boat Shed. Further boats outside include the steam launch, Falcon used for river trips.

Former RAF station, recognised by its iconic Dome, a Scheduled Ancient Monument reputed to be the youngest ancient monument in the UK. Langham Dome was built as a state-of-the-art anti-aircraft gunnery trainer in 1942. A visit to the Dome offers a unique opportunity to journey back in time and experience what life was like for those who used the Dome and served at RAF Langham.

Most historic houses, parks and attractions have displays of artefacts and hold exhibitions and events i.e. Holkham Hall with its farming exhibition. Tourist attractions such as Bircham Windmill (mill and breadmaking), Muckleburgh Collection (Military),  Thursford Museum (steam engines and organs); North Norfolk Railway (heritage and working museum), William Marriott Museum at Holt Station (collection from the age of steam in East Anglia) and Waxham Great Barn (exhibition of local life in the restored Elizabethan barn) to name but a few.

The Norfolk Museums service website includes museums in Norwich and elsewhere not mentioned here. Additional sources of information include Architecture of King’s Lynn and www.heritage.norfolk.gov.uk