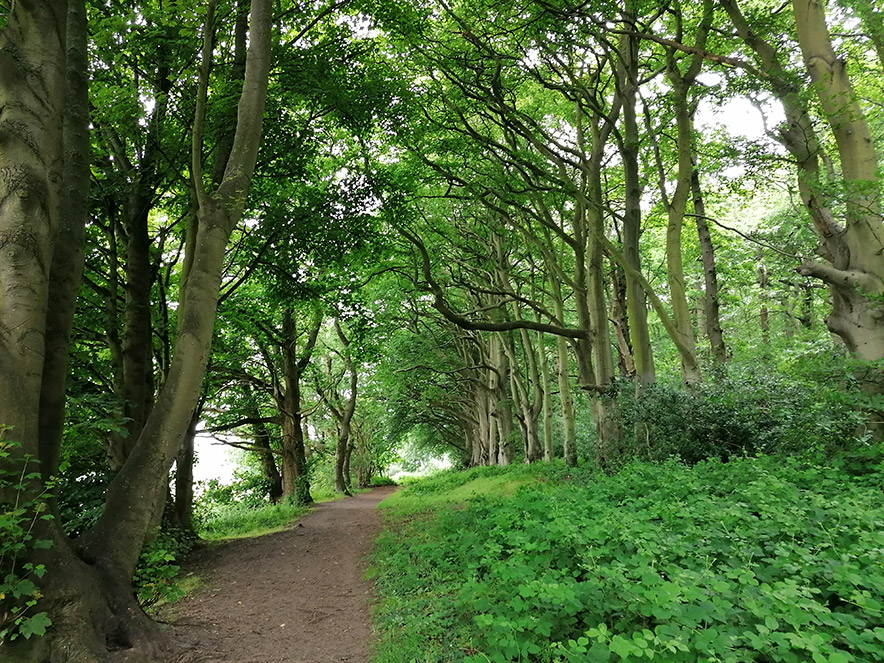 Woodland
Broad-leaved woodland is the principal habitat that covered what is now Norfolk, from the retreat of the Devensian Glaciation, some 12,000 years ago, until Bronze Age people started the massive- scale deforestation of the landscape from around 5,000 years ago.

What we recognise as broad-leaved woodland in the modern landscape is both natural and cultural in origin. For centuries, until early in the 20th century, country people relied on woods for natural resources, both for their own use and for trade. Woods were managed to produce timber for construction, wood for burning and making hurdles, fruit, fungi, forage for livestock, and game for meat and skins. As a result of such management, woods have developed a shape and feel and a host of wildlife that we culturally perceive as typical of them.

In the 20th century interest dwindled in managing woodland for a wide range of products and many broad-leaved woods were converted to conifer plantations, with a resultant loss of biodiversity. Today, nature conservation organisations and private landowners better understand the value of traditionally managed woods, for people and for wildlife, and many are restoring them to their past beauty, productivity and recreational value.

Broad-leaved woods, being the natural habitat of most of Norfolk, and the most structurally diverse, are also the most biologically diverse habitat. They are superb places for watching birds and for finding rare plants and insects.

Semi-natural woodland sites are scarce in the area and largely confined to the Cromer-Holt ridge and immediate area, with some areas also along the Lower Cretaceous Sandstone ridge in the west. Ancient semi-natural woods are generally the most important and are defined as those areas of woodland which have had a continuous cover of native trees and other plants since at least 1600AD, having not been cleared or extensively replanted since then. Many species of plant that only persist in historic woods include bluebell, early purple orchid, yellow archangel, wood anemone and wood sorrel.

Woodlands on light, sandy soils, such as along the Holt-Cromer Ridge behind Sheringham and Cromer, have recolonised when heathland is left unmanaged and are typically dominated by silver birch, rowan, beech and holly.

Parts of the Norfolk Coast area are now covered by non- native conifer plantations. Though much less biologically diverse than native woods, these are nonetheless home to many invertebrate species and to scarce birds such as crossbills, goshawks and long-eared owls. Where conifers have been felled and young trees are planted nightjars, tree pipits and woodlarks may all be found.

Each woodland type has its own characteristic range of flowers, invertebrates and vertebrates.

Open areas such as rides and clearings provide sunny sheltered places for flowering plants and shrubs that provide nectar and pollen for a wide range of insects including butterflies.

Good places to see ancient and semi-natural woodland and the species that inhabit it are Felbrigg Park, Sheringham Park, Pretty Corner near Sheringham and Sandringham. 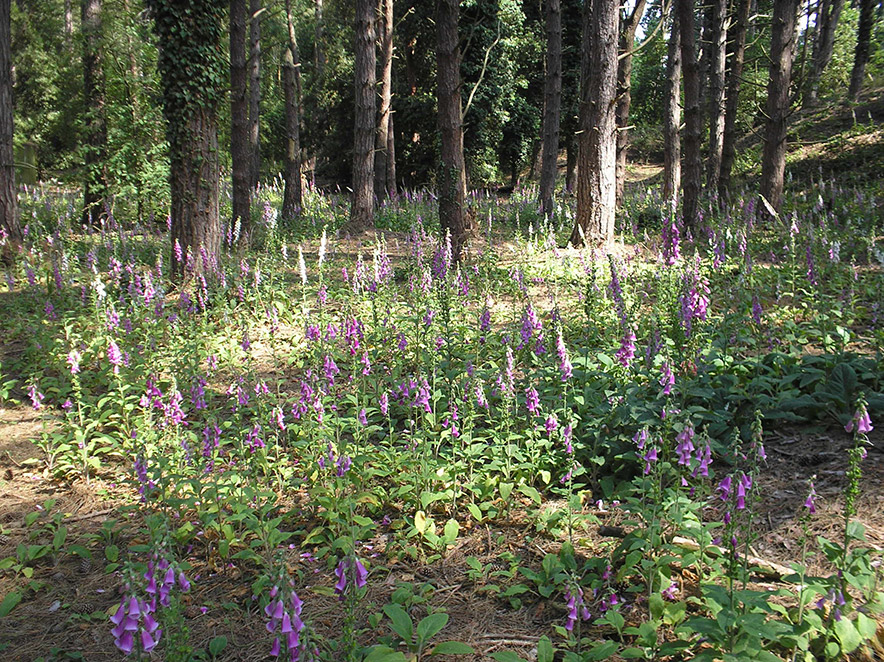 Woodland needs to be periodically managed, as it has been in the past, to maintain its diversity but also for health and safety reasons where there is public access. Planned interventions – thinning, coppicing, felling and replanting – enable light to reach the woodland floor. While operations aim continually to improve the timber stock, a diverse patchwork of habitats is maintained to maximise species diversity.

Standing and fallen deadwood is best retained if possible as a habitat for insects, providing food, nesting and roosting sites for birds and bats, and for fungi.

More about wood-pasture and Parkland >

More about Farmland and Woodland >