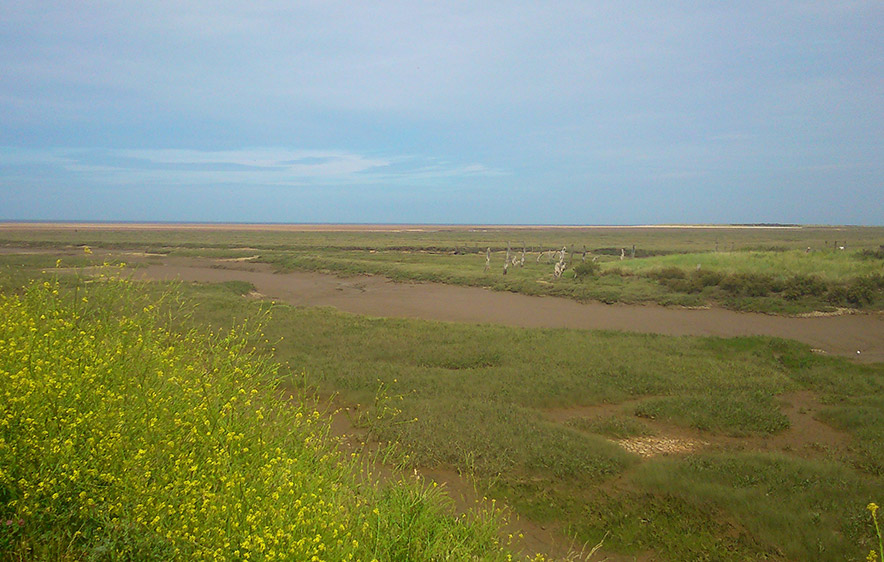 Geodiversity in the Norfolk Coast

Geodiversity may be defined as the natural range (diversity) of geological features (rocks, minerals, fossils, structures), geomorphological features (landforms and processes), soil and water features that compose and shape the physical landscape.

Geodiversity is fundamental to the character of the Norfolk Coast Area of Outstanding Natural Beauty. It contributes the elements of its landforms, the uplands, valleys and coast which form its physical character; its geology gives rise to the area’s varied rock types and soils; its surface water and groundwater support the area’s range of species and habitats, as well as human life.

Geodiversity provides the evidence to explain how the environment of the area has changed over millions of years. Although processes associated with glaciation, which were a very important influence, are no longer operating, the area continues actively to be shaped by the processes of erosion, deposition and weathering. The result is a beautiful, evolving physical landscape, the result of a dynamic blend of past and present processes.

Conserving the landscape of the Area is about valuing and safeguarding those features which make it distinctive, and understanding the geological basis of the landscape is a vital part of this. 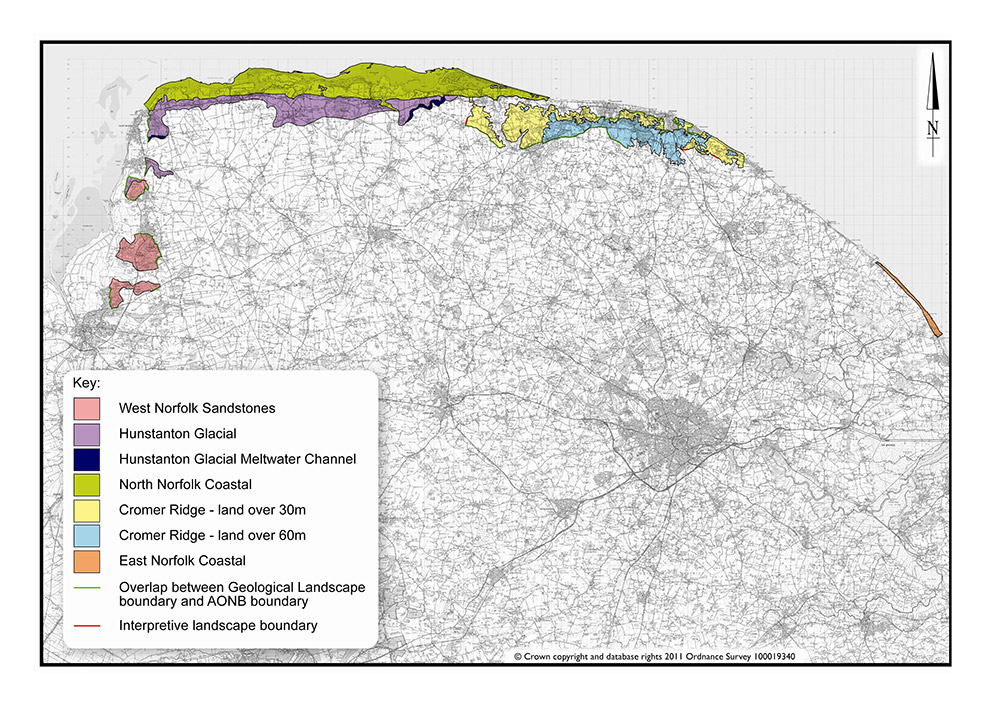 An overview of the Norfolk Coast’s geodiversity

The Norfolk Coast AONB has a wealth of landscapes and geodiversity features. Compare the chalk downs of Ringstead Common with the coastal heathland of Winterton Dunes, or the sandstone bluffs of Sandringham Warren with the slumping cliffs at Sidestrand. Contrast the dry valleys of the Cromer Ridge with the mud flats of The Wash. There are springs and saltmarshes, active dunes and fossil dunes, mudslides and glacial moraines; there are no less than 20 different soil types.

Rather than attempting a full geodiversity characterisation of the area, we have concentrated on landscapes in the area in which evidence of past or current geological events, processes and features are especially apparent, and often of national or international significance.

Using this approach, five key ‘geological landscapes’ – focal areas with high concentrations of interesting features, which make notable contributions to the physical character of the area – have been identified.

You can view zoomed-in versions of this map for each landscape on the relevant page below.

A discontinuous line of low sandstone hills overlooking the eastern Wash in the western part of the area, running approximately north-south between Snettisham and Castle Rising, with associated superficial deposits.

Geology and landforms in a relatively narrow coastal band from Snettisham north and eastwards to Morston, associated with the ‘Hunstanton glaciation’ towards the end of the most recent (Devensian) Ice Age.

Coastal landforms developed in the Holocene period (i.e. since the end of the last Ice Age) between Holme-next-the-Sea and Weybourne, including the processes that have given rise to the landforms (and continue to act upon them) and their geology; and also relict landforms and their geology and archaeology in the dynamic coastal zone.

A large area of distinctive landforms and soils, forming a ridge about 30km long and up to about 5 or 6km wide from Langham in the west to Mundesley in the east, based on sands, gravels and clays deposited at the terminal edge of ice sheets in the Anglian glaciation over 400,000 years ago.

Coastal landforms developed in the Holocene period (i.e. since the end of the last Ice Age) between Sea Palling and Winterton-on-Sea by wind and water processes that remain active, influenced by human coastal defence interventions.