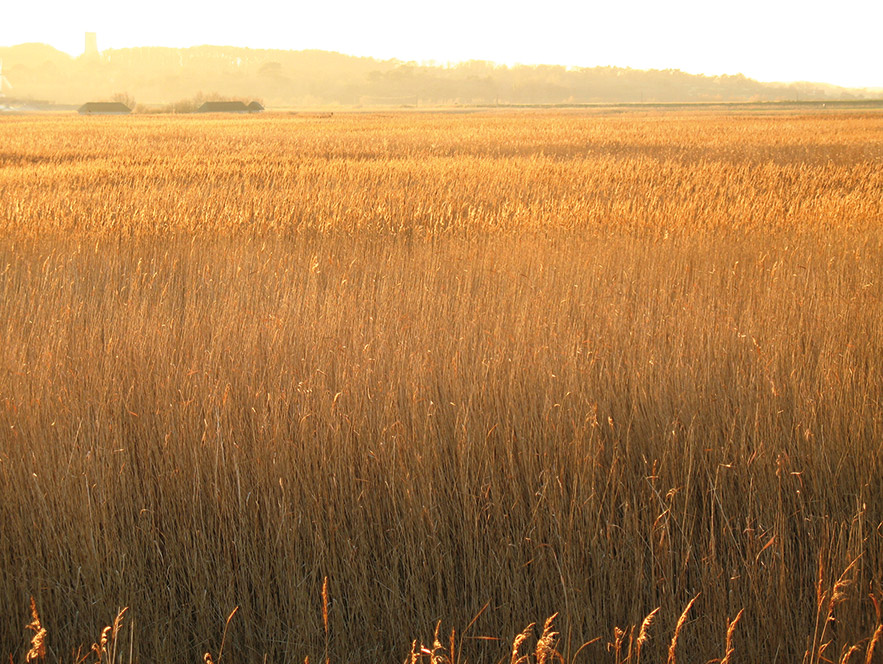 Farmland
Farmland covers by far the largest part of the area and is therefore important both in size and in the influence it has on other habitats. It is in effect the fabric of the countryside in and around which the more biologically rich habitats are set. So although soil type, availability of water, and land-use vary and farmland cannot be considered a single habitat, much of the area’s wildlife lives in or uses an intensively farmed landscape.

Throughout the AONB land use is primarily arable with relatively small areas of permanent grass- lands largely confined to river valleys, commons and the coastal plain. Small, but sometimes significant units may also occur where land ownership is fragmented for various reasons as in the vicinity of villages and small towns.

Many of the species we think of as typical of farm fields, such as arable weeds, skylarks, grey partridges and brown hares, have benefited hugely from the ancient deforestation of the UK landscape and subsequent farming through the centuries. These species do not live in woodland so it is likely that they were very scarce or absent in the UK prior to large scale deforestation.

Many species that were historically abundant in the farmed landscape have suffered from the enormous intensification of agriculture in the second half of the 20th century. Some species, such as corn bunting, tree sparrow and turtle dove, are now very scarce and localised and others, such as red-backed shrike and great bustard, have disappeared altogether.

Within the farmed landscape there are many habitats besides arable fields. Traditionally field margins were marked by hedges composed of species such as hawthorn, blackthorn, field maple and elm. The hedges and margins provide nesting sites for such birds as whitethroats, yellow- hammers and partridges.

With the intensification of agriculture, many hedges were destroyed to create larger, more productive fields in which large machinery could operate. As a result, huge areas of hedgerow habitat, and the rough grass which grows around its roots, were lost although the fields in much of the area, for example the north west, have tended to be large since enclosure.

Other farmland habitats which have suffered greatly include ponds and untreated paddocks and grasslands. With the loss of the traditional mixed farm in the 20th century these habitats were no longer perceived as productive and made way for larger more economically viable arable fields. Many once-common species declined hugely in farmland habitats as a result of this change.

In the early 21st century, often with assistance from national and international grants, some farmers are restoring lost habitats to their land or working in other ways to improve their farms for wildlife. Such work includes the management of grass strips at the edges of fields for barn owls and skylarks, the planting of new hedges, the recreation or restoration of ponds, the provision of nesting sites for birds, bats and other wildlife and the sowing of winter seed-crops for flocking birds. With increased interest in wildlife in the land- scape, and with The Wildlife Trusts’ Living Landscapes initiative, it is hoped that soon there will again be many wildlife-rich farms across the UK as there have been through our nation’s history.

The intensively arable land is generally low in wildlife interest. However, a number of species have been able to adapt and, in some instances, thrive in this landscape. These include barn owl and grey partridge which still have nationally important populations in the area, whilst in the winter large flocks of pink-footed geese descend on the large fields of northwest Norfolk and feed on the sugar-beet tops. Brent geese also feed on winter wheat and barley near the coast.

Throughout the area – see some of our walks in farmland, and other, landscapes.

All hedgerows if managed sympathetically can increase invertebrate and bird diversity by acting as a source of food and shelter. Cutting every three or more years will allow hedge plants to produce flowers and berries and achieve a better structure.