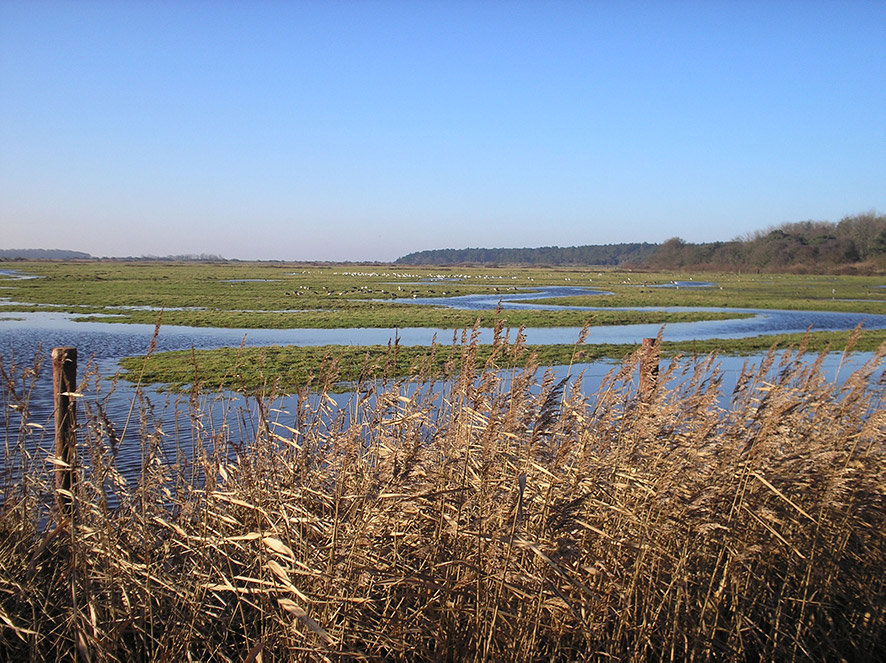 The wet grazing marsh of the north Norfolk coast is the result of saltmarsh being reclaimed, mostly between the 17th century and the end of the 19th century, by the building of embankments to prevent incursion by seawater.

The characteristic habitats of the grazing marshes are the grasslands, maintained by seasonal grazing, which are either semi-improved or unimproved. Their value is considerably enhanced by high water levels during winter and early spring which gradually drop during the summer.

They are crossed by systems of drainage ditches which are either fresh or brackish. There are also reed beds which may be extensive or largely confined to ditch sides.

During the summer months the small pools of water on the marsh are frequented by redshank, lapwing, avocet, teal and sometimes snipe. They are the hunting ground of marsh harriers and, during winter, merlins, peregrines, hen harriers and rough-legged buzzards.

In winter the marshes are frequented by large flocks of geese including brent, pink-foot and white-fronts. The flooded marshes also provide winter feeding grounds for very large numbers of duck, notably wigeon.

The less improved grazing marshes are coloured with the sulphur-yellow flowers of hairy buttercup; other plants of note include strawberry clover and marsh club-rush.

The ditches which are used to drain them are important for scarce wetland plants and provide a home to water voles, otters and kingfishers.

Coastal grazing marshes are seasonally grazed by stock, usually cows or horses. Water levels are managed via sluices and drainage systems to keep them wet or to drain excess water creating optimal conditions for many wintering and breeding birds.

Reed-beds have developed through grazing and cutting and today their preservation depends on active management. Reed beds on nature reserves and private land are cut on a rotation to remove biomass and prevent succession to scrub. Good quality reed is still used for thatching. 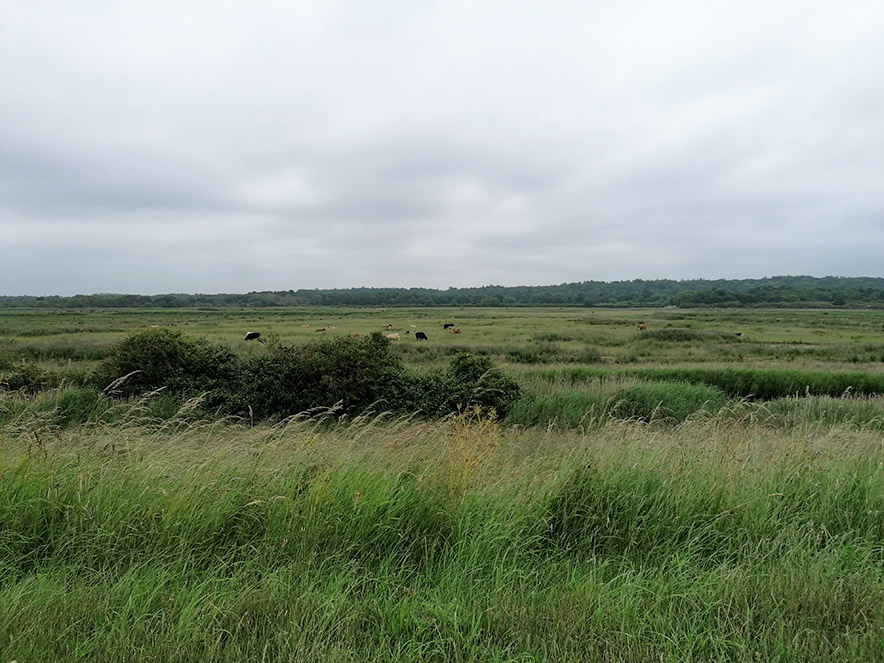